75% of the fastest growing career types in Australia require science, technology, engineering and mathematics (STEM) skills and knowledge, a figure predicted to rise over the coming years. However, Australia is currently experiencing a national decline in students enrolling in these subjects, and performing poorly by international standards, causing fear that today’s students are ill-prepared for the future.

How bad is it?

The Organisation for Economic Co-operation and Development's (OECD) has released a report ranking countries’ school systems based on maths and science test scores. Out of the 76 countries ranked, Australia comes in at number 14, below Hong Kong, Estonia and Canada with Singapore at number 1.

Worse, our results have been steadily declining since at least 2000. The Programme for International Student Assessment (PISA) tests the skills and knowledge of 15-year-old students in more than 70 countries. It shows that Australian 15-year-olds' scores on reading, maths and scientific literacy have been steadily declining, while other countries have shown improvement.

For example, in maths and science, an average Australian 15-year-old student has the problem-solving abilities equivalent to an average 12-year-old Korean pupil. 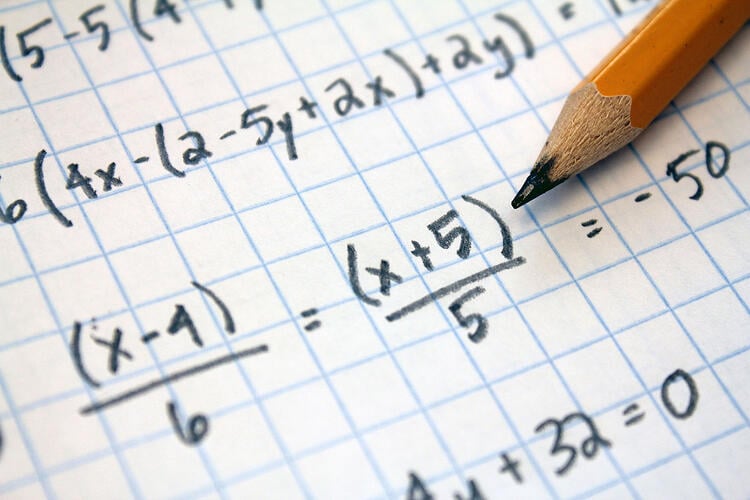 One reason for the decline in mathematics knowledge is that Australia is one of only a handful of developed nations that does not require maths in order to graduate from high school.  A recent report by the Productivity Commission found almost one in four Australians are functionally innumerate, meaning that can barely handle maths beyond basic counting.

So with Australia at risk of having a generation of workers insufficiently skilled for careers in medicine, science, and IT, what is the solution?

Studiosity founder Jack Goodman says: “We can wait for Canberra and the states to agree to mandate six years of high school maths for all students. Of course, that could take years, and it doesn’t help families with school-aged kids today. The other option is for parents and students to own the challenge themselves.”

For parents, this means supporting and encouraging their kids to study maths and the sciences at higher levels and right through to their year 12 exams. Given that research from Studiosity shows that upwards of 77% of parents struggle with maths and science themselves, this can present a challenge.

Still, the scope of after-hours support available to families means parents don’t have to try to be the expert when their children run into the inevitable curly question. Services such as Studiosity, which staffs hundreds of maths, biology, chemistry, and physics experts, can take the stress out of STEM subjects. Studiosity's Subject Specialists are available at a moment’s notice, six nights a week, for live, online, one-to-one academic support.

If you would like to give Studiosity a go, we're offering all new users a $10 trial so you can see for yourself how we can help. Get started by clicking the link below:

References:
Good Schools: How is Australia dealing with the STEM crisis?
Business Insider: The 10 smartest countries based on math and science