When you say "educational game" people tend to switch off.  And that's fair enough.  Educational games used to be poorly-made basic literacy and numeracy programs of questionable efficacy and certainly of no use to students studying serious senior school subjects.

With the indie game revolution of recent years the space has been made for smaller-budget, niche games, and it turns out that one niche a whole lot of people wanted to cram into was realistic space exploration simulation, hence Kerbal Space Program, a game which has come out of two years of beta this week, and which is exciting gamers and educators alike with its engaging gameplay and realistic physics modelling.

This is the first in our series on Surprisingly Educational Games.

In Kerbal Space Program you take control of a space science facility on the planet Kerbin and try to guide the intrepid (and adorable) Kerbal scientists and astronauts in the development of their own space program, a very close analogue of the NASA space program of the 1960s.  To do this you construct rockets and launch them, aiming to achieve various milestones like reaching space, orbiting the planet, and landing a Kerbal on Mun or Minmas, Kerbin's twin satellites.  As you play, the science you gain from each mission allows you to research and develop more and more advanced parts, until you find yourself launching drones into the sun and landing a Kerbonaut on the other planets in your solar system. 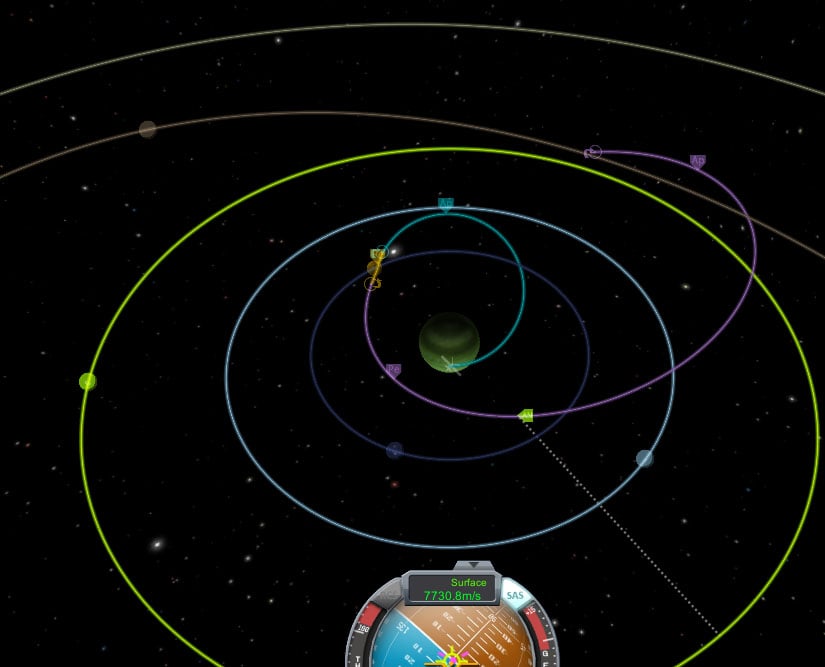 This game is very challenging.  It helps to have a basic understanding of physics - although if you play this game for long your understanding will not remain basic.  Kerbal Space Program uses a very complex, very realistic physics model to calculate how well your rocket will launch and fly, both sub-orbitally and in space, if you get there.  In fact the physics modelled in this game are so useful that both NASA and the European Space Agency officially endorse it, and some schools even use this game in order to help teach oribital physics.  Some people even recreate in Kerbal Space Program real historical space missions, and the design of vehicles like Sputnik 1 and Voyager 1 and 2 is both possible and an effective strategy.

One of the biggest early considerations in the game is the weight-to-fuel ratio of your rocket - which is one of the biggest considerations in designing real-world rockets too.  More fuel gives more and longer thrust at launch, but also increases the overall weight of the rocket, and finding the delicate balance of components to fuel can be a real challenge.  Once you're in space you need to use thrust to attain a stable orbit, dealing with real gravity as you try to de-orbit as efficiently as possible.  In order to strike out to distant planets in your solar system you're going to need to also consider at which point in an orbit to push yourself out from the planet's gravity in order to hop from planet to planet as fuel-efficiently as possible, rationing your boosts so that you have enough energy to bring your kerbonauts home after you've explored this frontier.  The orbital modelling in this game is so accurate that you can perform gravity-assisted accelaration and breaking to reach the more distant bodies.  Docking and un-docking modules in orbit is also important for longer missions, and matching orbit and slowly closing on another ship high above an alien world can be one of the most tense experiences in the game.

All this launch and orbital information is displayed right in the interface, and learning to read these numbers and tweak them according to your needs is critical to your mission success.  A lot of the early game involves making a rocket, launching it, evaluating what happened and trying again, tweaking your design until you have an optimal launch.  Once you're consistently getting into space you need to learn your apses (peri- and apo-), your inclinations, and other key orbital parametres and the terminology of orbital physics in order to plot the points at which you need to apply thrust, for how long and in which direction in order to change your orbit. 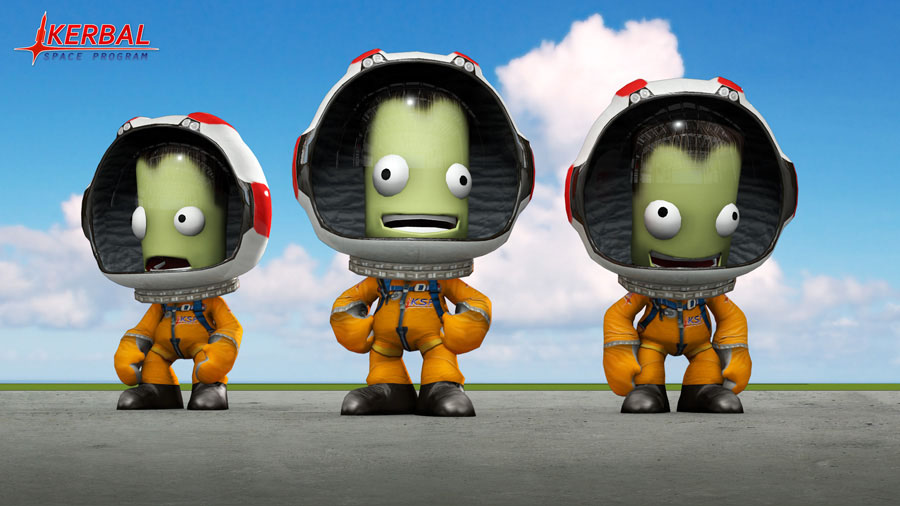 And while dealing with all this complex physics, you have a little visual on your brave Kerbonauts in the capsule, boldy trekking where no Kerbal has gone before.  Your Kerbonauts can even space walk to do research, or take one small step for Kerbals everywhere by exploring the landing site of an alien world on foot.

If the idea of running your own space program, from the nuts and bolts all the way up into space, fills you with excitement, this game is for you, and you'll even get to learn some physics while on your journey into space.

If you're ever stuck on a physics problem or need help understanding a concept, connect with one of our expert online Science Specialists who are here to help in all science subjects.