Why Star Wars Books Are Must-Reads

I’m a big Star Wars fan, and in the lead up to Episode 7, it’s a great time to talk about my favorite part of the galaxy far, far away: The books.

I loved Star Wars from a very young age (I was 9 in 1997 when the remastered version of A New Hope hit theatres), and it was the first time I’d felt fully immersed in a fantastical world. I wanted more Star Wars, and fortunately after watching the movies time and time again, I discovered that hundreds of books had been written in that universe.

I wasn’t a particularly gifted reader, but I had enthusiasm and a determination to consume as much Star Wars as I could. Many of them were way above my reading level, both in terms of vocabulary and the ideas they presented. Like many young people who read a lot, I mispronounced many words because I’d only ever seen them written down (“cache” being the biggest offender).

While these books did help my skills with written English, it was the concepts that were the real wealth these books held. If there’s one thing I hope to communicate in this post, it’s just how valuable fantasy and science fiction is to people of all ages. Each book held a new idea that I’d discuss with my friends, parents and anyone who’d listen.

“Tales of the Bounty Hunters” introduced me to the idea of sentient machines, and what separates a human from an artificial intelligence. Is a machine human because it thinks it is? I still don’t have a great answer.

“X-Wing Rogue Squadron” told a story in a new way; introducing stories of war that took a physical and emotional toll on those involved. It also showed me the unfairness of the world, where people died due to unfortunate circumstances or dumb luck; where the heroes didn’t deserve a happy ending simply by virtue of being the good guys.

“Heir to the Empire”, a fantastically written book was also the most chilling. Much of it is told from the villain's point of view, and showed me that qualities we associate with heroes - dogged determination, cleverness, loyalty, honor and powerful idea of right and wrong could all be used for evil if a person’s underlying assumptions about the world are flawed or cruel. 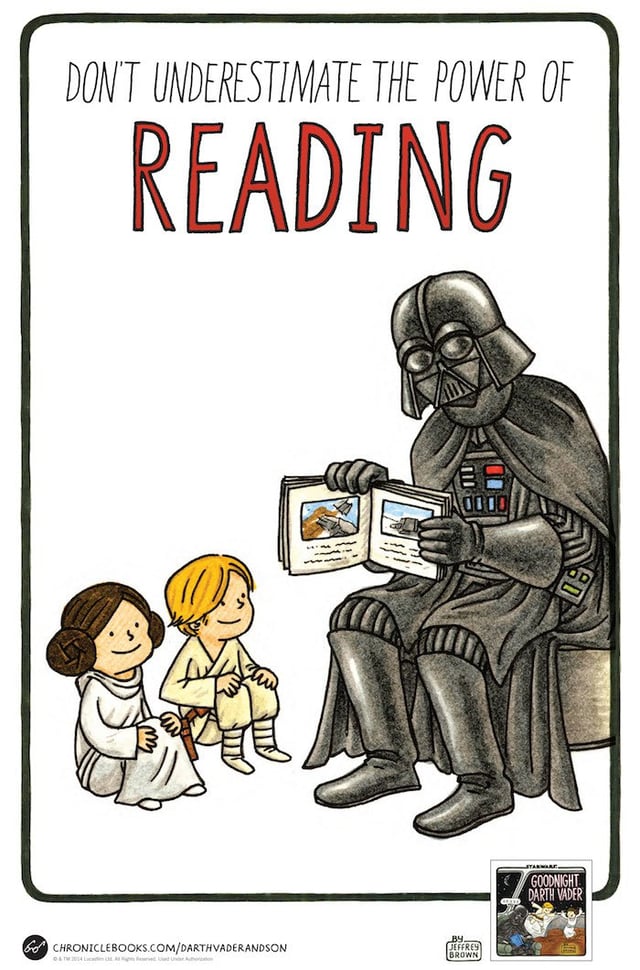 So join me in picking up a book, be it a Star Wars classic like “I, Jedi” or a classic like “Neuromancer”, or a new and fantastic book like “The Martian” (yes, the book is better than the movie, and the movie was great).

Studiosity is an online study help service, connecting the best and brightest educators to students during homework time.