Semicolon Tattoos And The Power Of Punctuation

"Where the sentence could have ended, but didn't."

It's always hard to predict what the internet will make viral.  A couple of months ago it was a challenging maths question; before that, a colour-changing dress; and before that it was a dancer dressed as a shark. 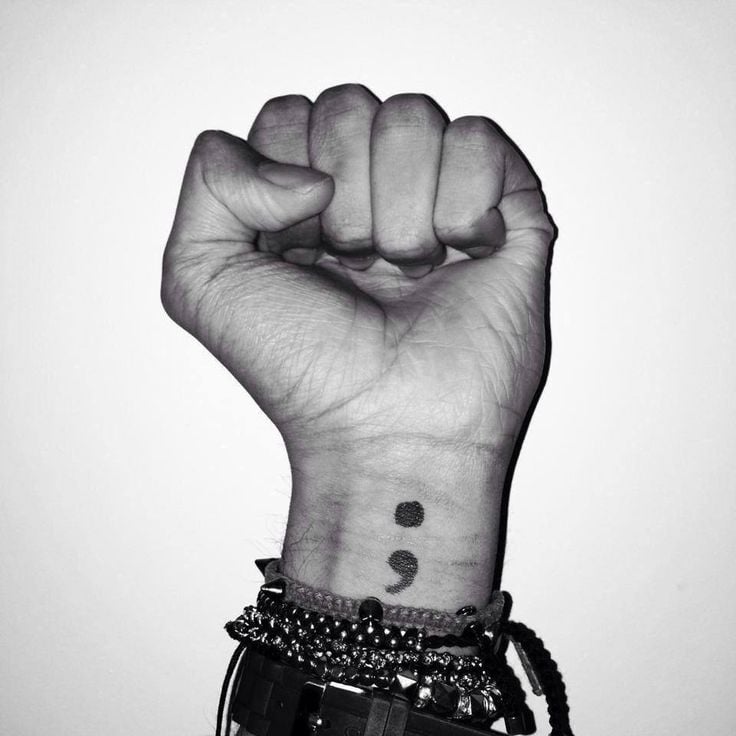 When Amy Bluel founded Project Semicolon in 2013 after she lost her father to suicide, her goal was to raise awareness of the mental health issues that can contribute to that loss.  Started as a faith-based non-profit, Project Semicolon had modest success, getting a write-up in the Huffington Post and the support of several other mental health-focused organisations.  However towards the end of June of this year the internet adopted the idea and made it its own.  Why?  Because for all the terrible things you hear about what goes on online, the internet remains one of the few communities where mental health is often, openly, and freely talked about.

The globalisation of youth culture has taken kids from small towns, and regional centres, and big schools, and major cities, and allowed them to talk, sometimes anonymously, sometimes with friends all around the world, about the problems they are facing.  For every cyber-bully or troll there are 10 people who just want to make others know that they are understood, that they are not alone, that it gets better.  The semicolon tattoo has transcended its origins in one person's personal beliefs and very personal grief and has transformed into a symbol of support, and has become the first word in a very important conversation we must have about depression, mental health, and suicide. 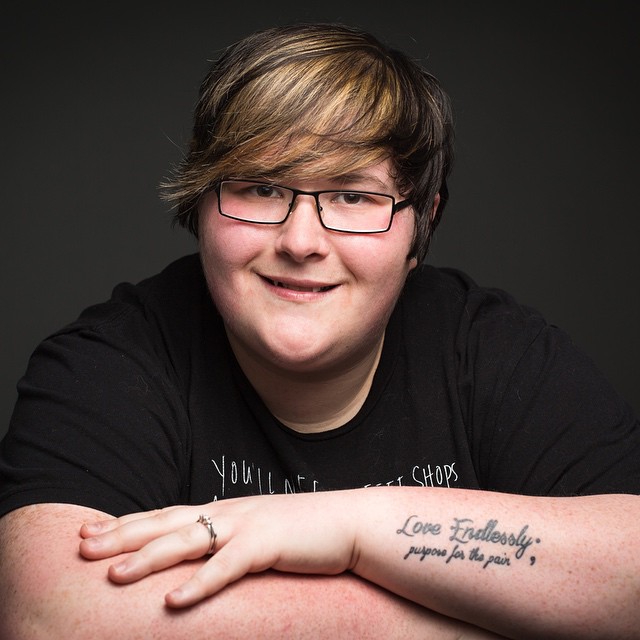 If there is a punctuation mark more often misused than the semicolon I have yet to meet it; numerous are the sophisticated academic essays brought low by the misapplication of the quirky comma-dot.  It's easy to understand why: relationships are tricky, and building relationships is what a semicolon does best.  A semicolon builds a relationship between two independent clauses; without it we rely either on conjunctions to bind everything together, or on full stops to keep everything separate.  The semicolon allows two clauses of equal strength, equal importance, to work together to communicate meaning more clearly and more completely than either could alone.  With a colon there is a leader, and a follower; one clause is subordinate to the other, existing purely to serve the other's needs.  With a conjunction one clause is roped into a situation for which it was not intended, losing a lot of its independence.  With a semicolon you have a team, two individuals who respect each other for who they are, who benefit from working together without having to change their essential, individual character. 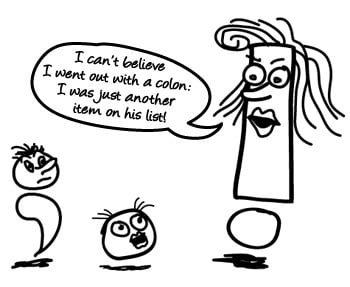 Sometimes a sentence can get unwieldy and difficult to parse.  One situation where this happens is when listing things, particularly when those things are themselves quite involved.  Normally a comma is sufficient to keep everything straight, but when things get too complicated a semicolon can help to make things clear.

I have many friends: Savanh, who was my first friend when I came to this school; Marcus, the person who looked after me when I fell off the trampoline in Mr Robbard's sports class; Thao, the President of Being Cool (remember when the fence fell down when we were having recess?); and you.

Imagine trying to keep all that organised and clear without using semicolons to group the related information into neat packages that are easy to read and understand.  Semicolons are kind of like brackets, creating logical separation between units that are still part of a larger function.

Semicolons allow sentences to go on much longer than they otherwise would.  In fact one of the best pieces of advice we give students when trying to decide whether to use a semicolon or a comma in their academic writing is to try replacing it with a full stop; if you can substitute your comma for a full stop and everything still makes sense, you could use a semicolon.  And that's the motivation behind the semicolon tattoo: it marks a place where a sentence could have finished, but didn't.  It kept going.  For those of us struggling with mental health issues such as depression and anxiety there are many points in the sentence where it feels like we could use a full stop.  We don't have to.  We have the semicolon; we can pause but keep going. 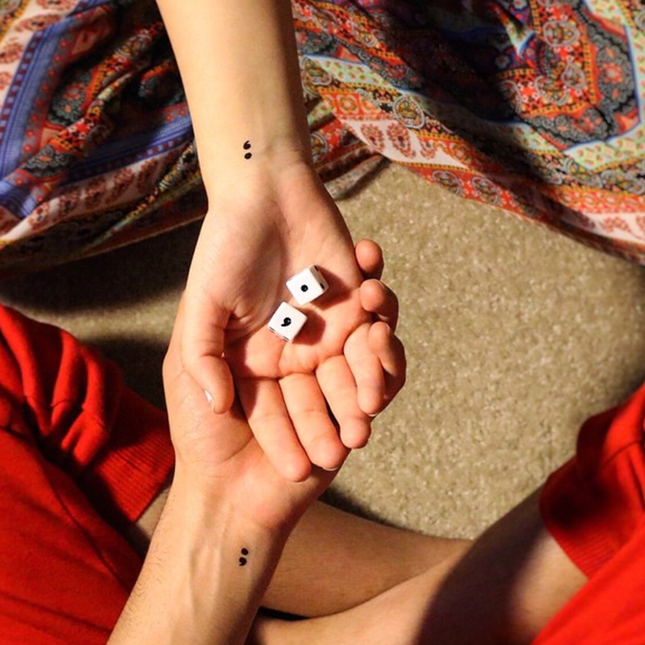 And if the viral nature of the semicolon tattoo tells us anything it is that right now there are so many people out there who want to support and love and encourage those who struggle with their choice of punctuation; some of those people have experienced those feelings, some have lost or nearly lost friends to them, and some just want people to know they are not alone.  And that's beautiful.  People are beautiful, but sometimes it takes a semicolon for us to realise that.  That's the power of punctuation.

Further reading: The Oatmeal, How To Use A Semicolon

Is punctuation something you need help with? Submit your essay to us and our English Specialists will get it back to you within 24 hours with expert tips on spelling, punctuation, grammar and structure.