'Inside Out': What's The Hype About?

Inside Out is the latest movie from Disney Pixar, and it’s not bad at all. It’s been getting some very mixed reviews (although it’s sitting at a very comfy 98% on rotten tomatoes at time of writing), so it deserves a slightly closer animation.

Pixar movies are generally very formulaic. A status quo is established in which we’re introduced to our hero, and see their hopes and dreams. The status quo is disrupted, and our hero is sent on an adventure, and we see their happiness diminish. Finally, we’re given a happy ending, all the better for the darkness we’ve been through.

Inside Out still adheres to this tried-and-true formula, but shakes it up enough to be interesting. The main character is a girl named Riley, and because she’s not your typical young boy hero she feels fresh and fun. The movie is set in the modern world, and the present day which makes Riley and her struggles all the more relatable. Riley loves ice hockey, goofing around, and hanging out with her friends. After the weirdness of films like WALL-E or Monsters University, it’s nice to spend some time with a normal kid.

Riley’s got such a lovely, expressive face which makes her very relatable, and makes it easy to tell how she’s feeling, which is core to the plot.

The main conceit of the movie is that Riley’s head is populated by five colorful characters (although Riley is not aware of their presence). They are Joy, Sadness, Disgust, Anger and Fear. They live in the “control room” in the colorful world inside Riley’s head, that’s part analogy for the human mind, and part theme park. It features the twisting passageways of Long Term Memory, and the Train of Thought that moves ideas around. Joy is as much of a main character as Riley, and we swap back and forth between the two.

Joy introduces the other emotions, and justifies their existence; for example Disgust “stops us from being poisoned, physically or socially”. Each emotion is quirky and fun, except Sadness, who only exists in a cloud of bumbling apologies, as Joy tries to stop her from making Riley too sad. 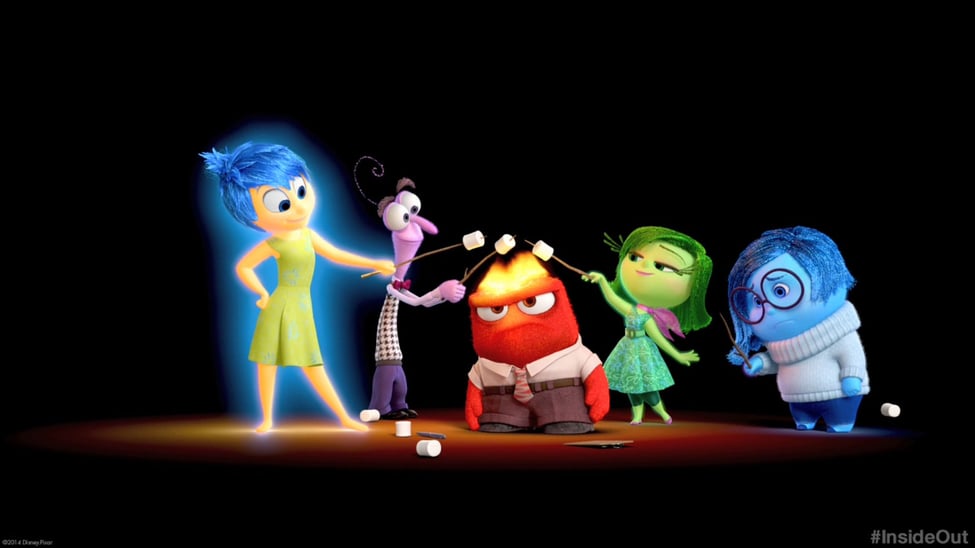 The characters are colorful and very fun to watch, each with a very distinct personality.

When Riley moves to a new town, Joy and Sadness accidentally get lost in the depths of Riley’s mind. While Riley struggles to adjust to her new life, Anger, Disgust and Fear try to keep Riley going while Joy and Sadness go on a colorful adventure as they race to get back to the control tower before Riley’s life can take a turn for the joyless. Along the way they meet interesting characters (including the memorable Bing-Bong), and we get some neat visuals. 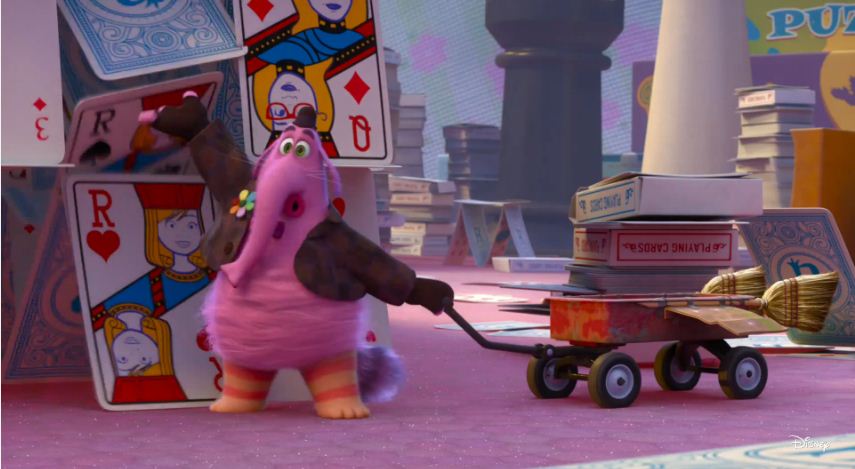 The movie is only 94 minutes, but does begin to drag in some places. Joy and Sadness’ journey is a bit frustrating, as they keep ending up where they began, and there’s little sense of progress as Riley’s life continues to worsen. There’s also a pair of especially sad moments, enough to make this 28-year-old man tear up (a little!). The movie ends on a happy note however, and includes enough cool things to make it a should-watch. The movie also contains a number of really clever jokes, aimed at both adults and kids.

In summary, the movie is great but it’s not vital to catch it in cinemas. Maybe on DVD it will finally break up the constant rewatching of Frozen, if we’re very lucky. It carries the message that growing up is hard, and it’s ok to be sad about it. For such a simple and important idea, I can’t think of another story that carries it anywhere near as well.

The animated short at the start of the film (now a staple of Pixar movies) is pretty standard fare, about singing volcanoes. It follows the standard Pixar plot arc mentioned earlier, but only takes 5 minutes to do it. Not as memorable as “Paperman” (which preceded Wreck-It Ralph) but pretty nonetheless.