Writing specialists at Studiosity help students at all skill levels improve their writing. We want students to identify common errors so that they can improve their existing and future writing projects. Many of the errors in a student’s writing pertain to grammar, the likes of which affect the clarity of the student’s text and the quality of their work overall. While not all inclusive, one of our writing specialists, Matthew Becker, has listed below some of the most common grammatical errors encountered in students’ writing as well as how to avoid them.

For short, simple sentences, subject-verb agreement generally isn’t an issue for most writers: “The cat sits in the box. The dogs chase after the ball.”

A common subject-verb error is: “The cat sit in the box. The dogs chases after the ball.”

For articles and essays, it is likely necessary to include as much information as possible within a single sentence. Cases like these are where subject-verb agreement errors can arise. The longer your sentence is, the likelier it is for the subject of the sentence to be lost, which can lead to not only problems of subject-verb agreement but also clarity. When writing, you want your text to be as clear as possible so as not to confuse your reader.

“The cat, while her siblings were active, chooses instead to sit quietly in the box.”

This example is detailed. Even though there is a side note about the cat’s siblings, we still know as the reader what the main subject of the sentence is, which is the cat. Since “the cat” is singular, the verb conjugation “chooses” must be singular. The side note also includes correct subject-verb agreement, with “siblings” (plural) being met with “were” (plural). 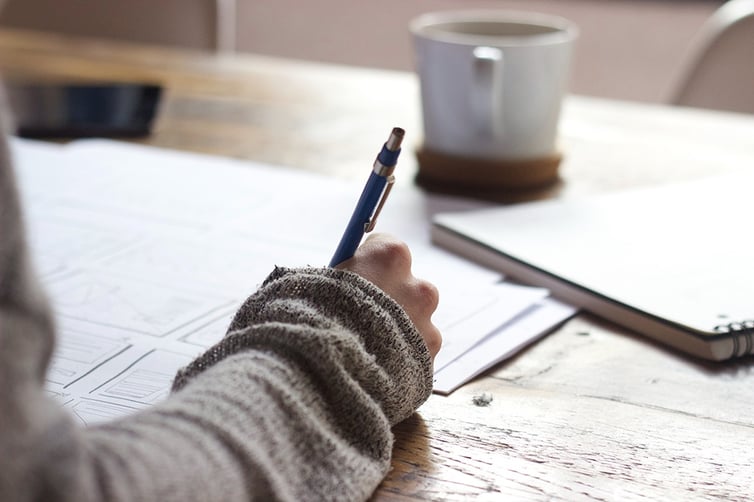 Proofreading tip: For lengthier sentences, check to see what the main subject of the sentence is and make sure that the verb conjugation agrees with the subject. Also consider the possibility of breaking up longer sentences into shorter, concise sentences if clarity is an issue.

“While her siblings were very active.”

This is a sentence fragment because there is no clear subject. The problematic word here is the adverb “while.” It reads as though more information is forthcoming, but we do not get any, and as the reader we are uncertain with what is happening. Depending on the context, there are two ways to get around this error. The quickest resolution is to remove the adverb:

“Her siblings were very active.”

With the adverb gone, we now understand more clearly what the subject is: “her siblings.” This content of this sentence alone still raises other questions, as we have no idea what “her” refers to. The sentence itself, however, is at least complete as there is now a clear subject.

Another method, which may be more helpful, is to provide the reader with more information to satisfy the use of “while”:

“While her siblings were very active, the cat chooses instead to sleep.”

In this sentence, it is now clear what the subject is. It’s the cat! We now understand whose siblings are active, and who instead has chosen to sleep. The sentence is now complete as not only has the subject has been identified, but the use of “while” has led the reader to the anticipated follow up of “the cat chooses instead to sleep.”

Proofreading tip: Read each sentence in your writing to ensure that the subject is identifiable. If not, it’s possible that your sentence is a fragment.

"Many Science. Much wow." 'Doge' truncated sentence memes took over the internet in 2013, possibly creating even more confusion around sentence fragments!

Apostrophe use: Contractions vs. Possessives

Apostrophe use in English has thwarted many students, and in some instances have also led to errors caused by professional writers. Contractions simply are pronouns and verbs contracted to create shorter, simpler combinations. For example, “I am” becomes “I’m,” “you are” becomes “you’re,” “it is” becomes “it’s,” etc.

Possessives are used to describe belonging. They describe a noun that belongs to another noun. For instance:

With pronouns, there are no apostrophes:

One of the common errors with apostrophe use involves “it’s” and “its.” With these errors, people confuse the rules of apostrophe use. They add an apostrophe to “it” as they would with nouns, like Katie, Tim, or the mansion. As a result, we may end up with “it’s walls.” This really says, “it is walls,” when that is not the intended meaning as we want a possessive and not a contraction. What we want instead is “its walls,” which demonstrates the correct use of the possessive pronoun.

Proofreading tip: If you are uncertain whether you are using “its” or “it’s” appropriately, stop and ask, “do I want to say ‘its’ (possessive) or ‘it is’ (verb)?” When it comes to possessives, nouns will receive an apostrophe (“Katie’s”), while pronouns will not (“hers”).

There are certainly other grammatical errors to be concerned with, but subject-verb agreement, sentence fragments, and apostrophe use are among the most common. When working on a piece of writing, read each sentence carefully to catch as many errors as you can, and make any necessary adjustments to improve the clarity of your writing. The clearer the text is for your reader, the better for you as the writer. Writing itself is a skill that only improves with dedication and persistence. The more you work on it, the better you will get. Professional writers often have at least one other person proofread their work before publication, so edits are to be expected. Generally, having another pair of eyes look over your work is never a bad idea, as they may catch problems that you may have missed. Don’t be shy in having somebody who is a capable writer look over your work. It will only help you in the long wrong. Happy writing!