Juan Felipe Herrera has been announced as America's new poet laureate, and he is a fantastic choice. People talk about poetry's ability to communicate culture, and people, and place in a succinct way, and Herrera's work does that.

The thing I like most about Herrera's work is that although he deals with some quite heavy ideas, his writing can be lovely and playful.  My favourite poem by him is 'Five Directions to My House', from his gorgeous 2008 anthology Half the World in Light.

Five Directions to My House

1. Go back to the grain yellow hills where the broken speak of elegance

2. Walk up to the canvas door, the short bed stretched against the clouds

3. Beneath the earth, an ant writes with the grace of a governor

6. I said five, said five like a guitar says six. 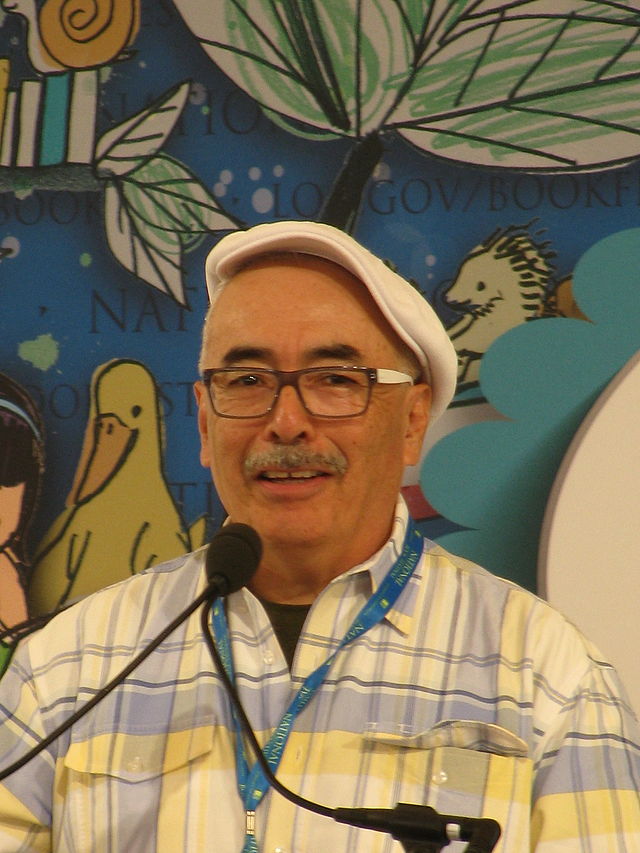 How would you analyse something like this?  If you're doing high school English you'd have your work cut out for you because the key to all of Herrera's work is familiarity with both his life and the full body of his work, not just his poetry but his prose, his children's writing, his speeches, his advocacy - the sort of approach that's beyond the scope of high school lit.  For instance, Herrera spent many years as a folk musician, and music, and especially the tropes of folk music, run through a lot of his works.  The guitar is here in this poem, not just in name but also in the 'six strings' that make up the poem. 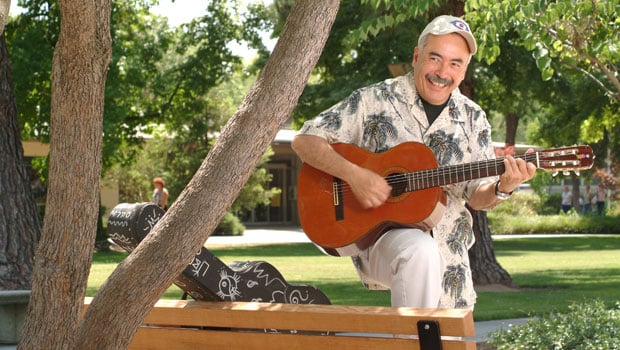 What we can do though is ask questions.  Herrera himself said of the incongruous sixth line that it was a mystery, one that both he and the reader needed to ask about, to wonder about, that in some way the puzzle was the point of poetry.  I think that he's saying poetry should be provocative, that it shouldn't tell, it should cause you to ask.  So what can we ask here?  My first question on reading 'Five Directions to My House' was: Are you supposed to read the numbers that front each line?  Herrera's work is blank verse that is usually pretty light on punctuation.  He often appropriates the E.E. Cummings approach to typography, where blank space is communicative.  So are these numerical elements to be spoken, or are they silent punctuation?

Here's another question: Can you get to his house?  He says it takes five directions, but the fifth direction ends inconclusively, with you 'almost' being there.  Even adding a sixth line doesn't get you any closer.  Maybe you can't.  Maybe the point here is that you can approach an understanding of another person's life, but you can't live it unless you are born to it.  In the context of Herrera's writing on identity and culture, maybe he's saying that it is a good thing to want to learn someone's culture, to want to visit their house, but it is a mistake to ever think we fully understand someone else's identity or their experiences.  That final step, that sixth line, is a misstep; it goes nowhere.  It's not a direction, it's just an admonishment that you should have stopped at five.

I love this poem.  As atypical as it is of the rest of his work, at least typographically, it is a splendidly concise communication that doesn't tell you anything, it just prods you to ask questions.  And seriously, how good is that first line?  That phrasing is just achingly beautiful.

Go back to the grain yellow hills where the broken speak of elegance.

If you need help with your poetry analysis, essays or assignments, connect with one of our expert English Specialists or submit your essay to our Writing Feedback service for review.